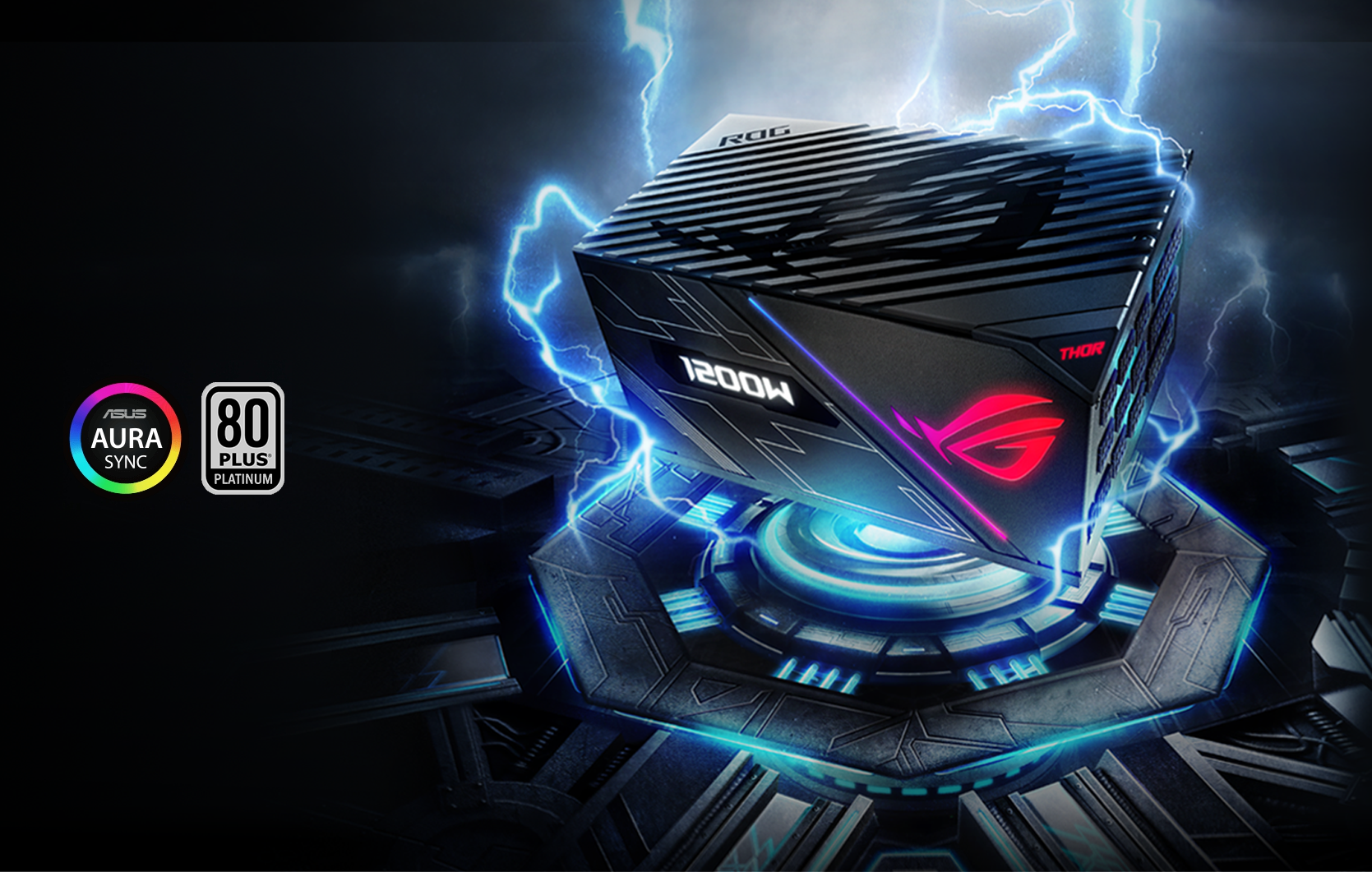 HARNESS THUNDER
The ROG Thor 1200W Platinum is the PSU for PC enthusiasts who demand aesthetic excellence and performance perfection. Our first PSU is packed with innovative ideas, including Aura Sync RGB illumination, an integrated OLED information panel, a dustproof Wing-Blade fan, and a large heatsink that enables 0dB operation at higher power draw than typical designs. It also integrates trusted, durable components, like Japanese-made capacitors, to achieve an 80 PLUS® Platinum efficiency certification. 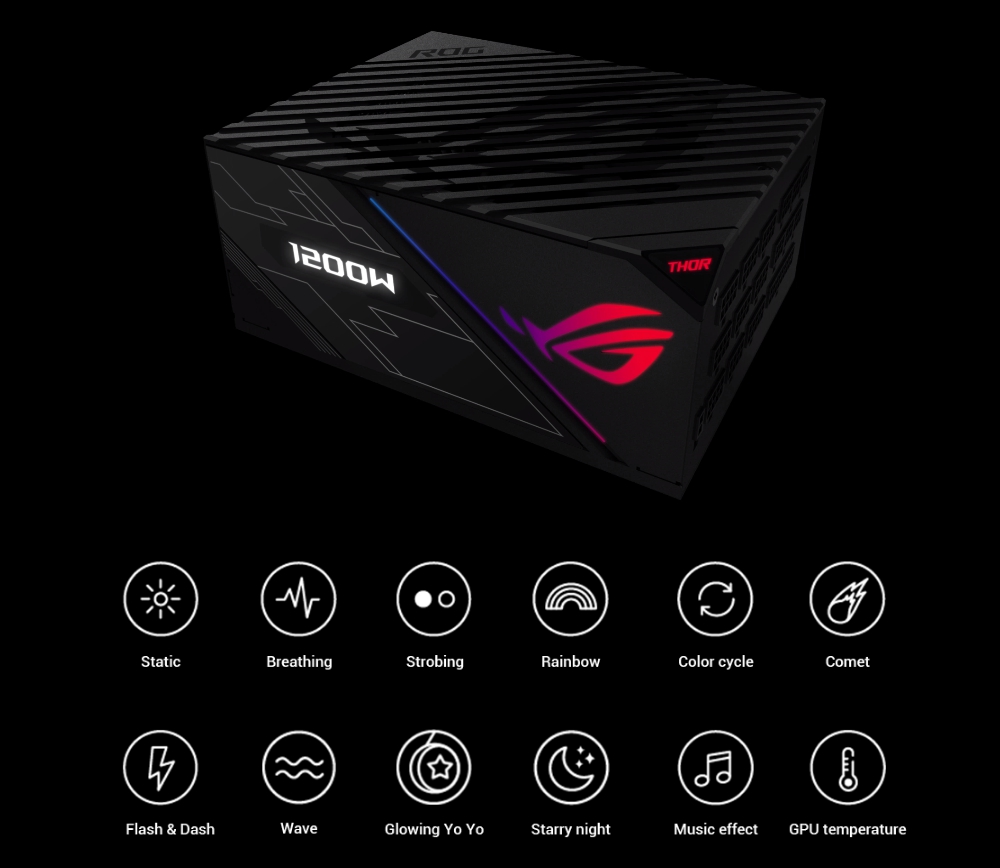 ASUS Aura Sync
Outshine The Competition
ASUS Aura Sync is the illumination ecosystem that lets you synchronize lighting effects across your gaming rig, components, and peripherals. The ROG Thor 1200W Platinum has addressable Aura RGB LEDs built in and ready for you to create your custom look.
– Two included Connector cables allow you to plug directly into your ASUS Motherboard or create a daisy chain with ROG Addressable LED Strips.
– Without using Aura Sync function, the default effect and color will be static red.

OLED POWER DISPLAY
The ROG Thor 1200W Platinum is the first PC PSU in the world to feature an integrated OLED panel, offering a real-time display of power draw. Now you can see at a glance how much juice your rig is using. 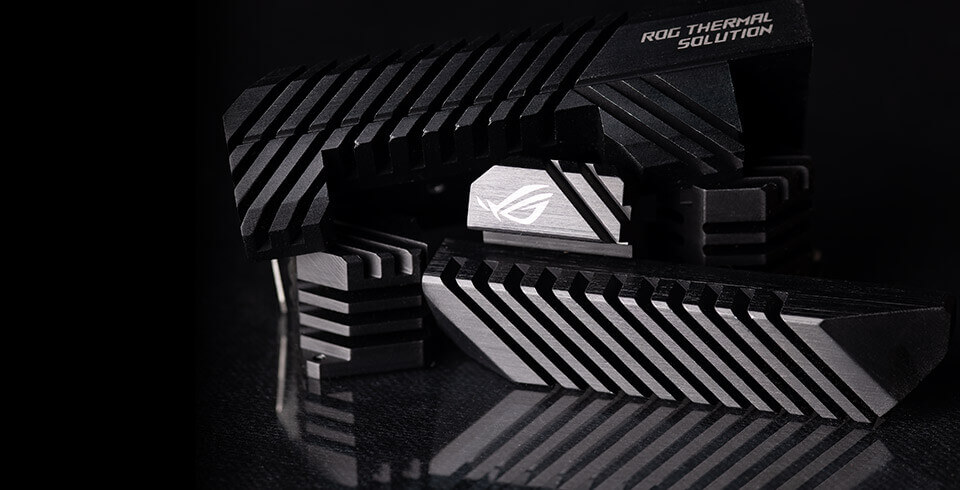 ROG HEATSINK
The integrated ROG heatsinks have 2x more volume than traditional designs, resulting in 20% lower temperatures inside the ROG Thor 1200W Platinum.This enables cooler operation, extending the lifespan of components and allowing 0dB operation long after standard designs would have to spin up their fans. 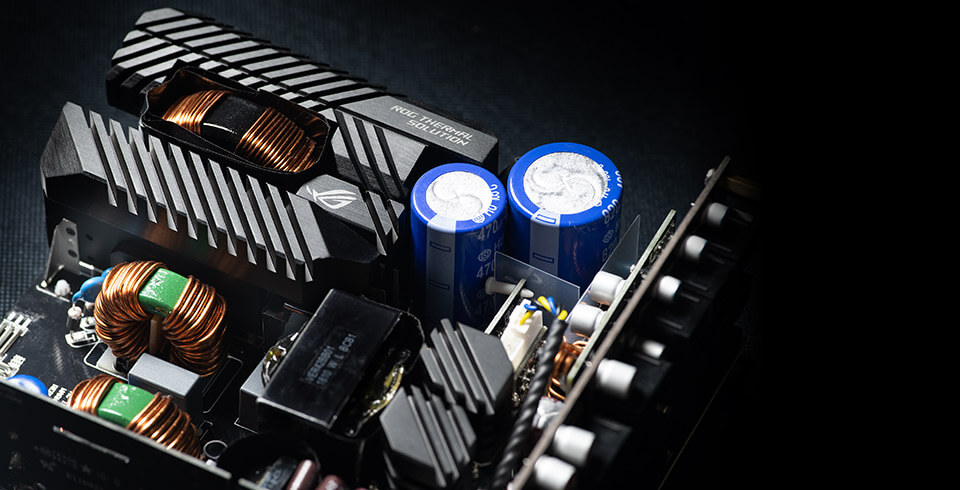 80 PLUS PLATINUM CERTIFICATION
The ROG Thor 1200W Platinum utilizes top-end Japanese capacitors to ensure efficient operation. This has earned an 80 PLUS Platinum certification, which guarantees 89% efficiency at 100% load and 92% at 50% load. The increased efficiency produces less heat, reducing fan noise and increasing reliability. 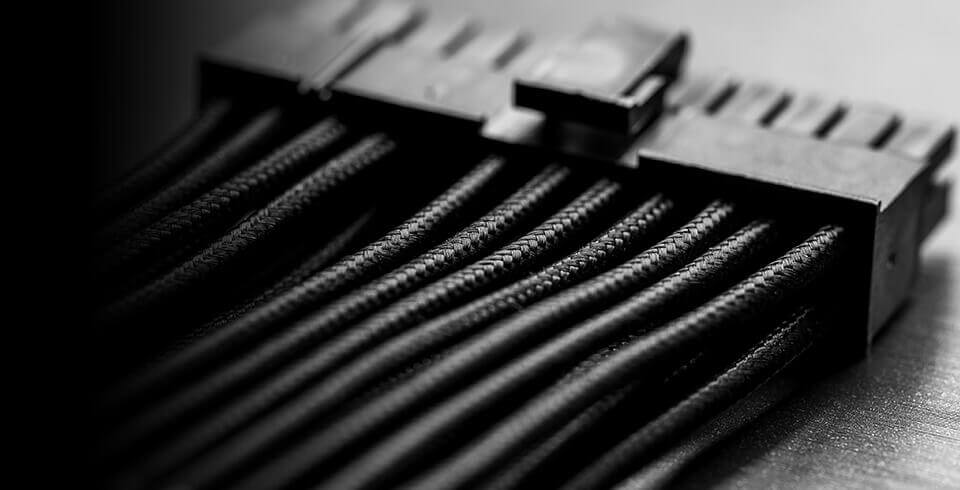 SLEEVED CABLES
We know you’ll want to get building right away, so we’ve included high-quality sleeved and standard cables. The sleeved cables include one 24-pin, four 6+2-pin PCI-e cables and two 8-pin CPU cables. We’ve also included an RGB connector that plugs into the addressable RGB header on your ASUS motherboard.
For something punchier than pure black, we’ve teamed up with CableMod to offer a 20% discount. Customize cable colors, length, and materials to match your rig.

Delivery fees will be charged by the courier upon arrival.

This website uses cookies to improve your experience while you navigate through the website. Out of these, the cookies that are categorized as necessary are stored on your browser as they are essential for the working of basic functionalities of the website. We also use third-party cookies that help us analyze and understand how you use this website. These cookies will be stored in your browser only with your consent. You also have the option to opt-out of these cookies. But opting out of some of these cookies may affect your browsing experience.
Necessary Always Enabled
Necessary cookies are absolutely essential for the website to function properly. These cookies ensure basic functionalities and security features of the website, anonymously.
Functional
Functional cookies help to perform certain functionalities like sharing the content of the website on social media platforms, collect feedbacks, and other third-party features.
Performance
Performance cookies are used to understand and analyze the key performance indexes of the website which helps in delivering a better user experience for the visitors.
Analytics
Analytical cookies are used to understand how visitors interact with the website. These cookies help provide information on metrics the number of visitors, bounce rate, traffic source, etc.
Advertisement
Advertisement cookies are used to provide visitors with relevant ads and marketing campaigns. These cookies track visitors across websites and collect information to provide customized ads.
Others
Other uncategorized cookies are those that are being analyzed and have not been classified into a category as yet.
SAVE & ACCEPT